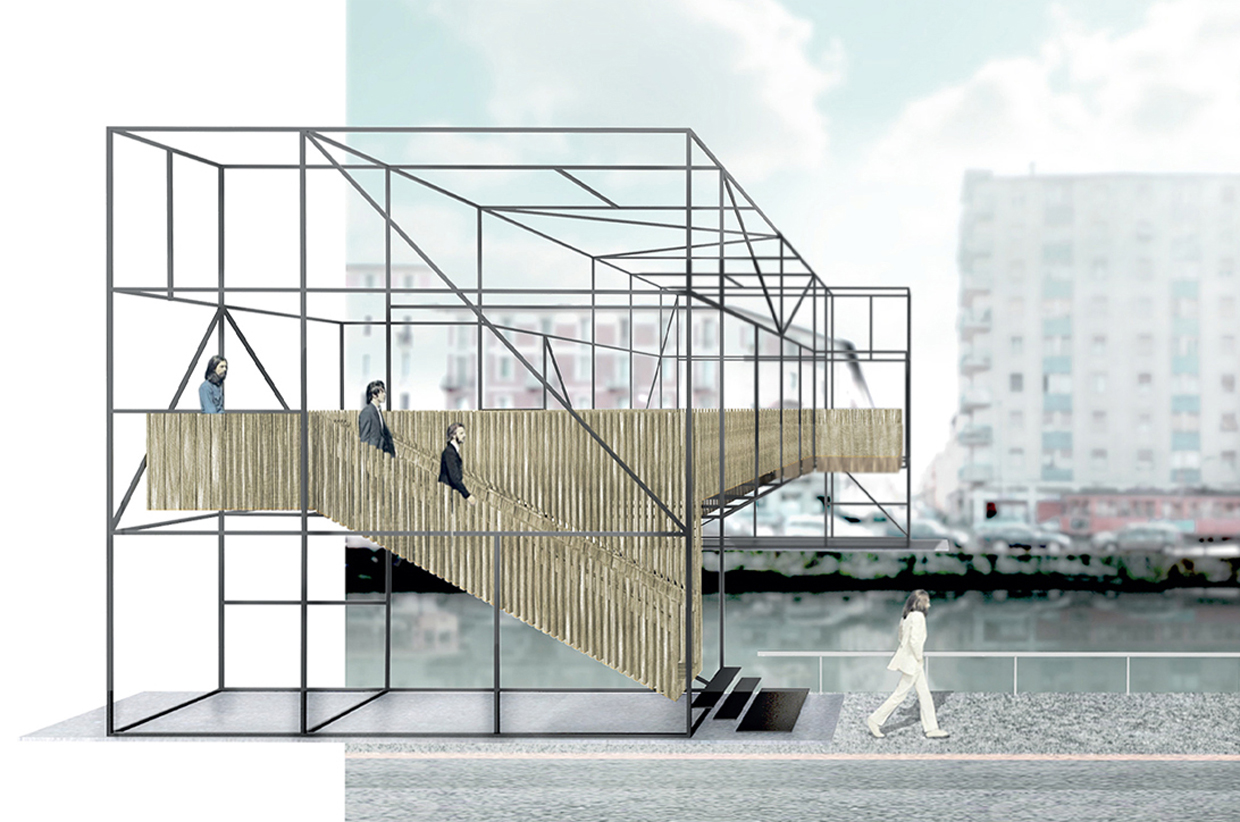 This project is the result of a restricted competition for a new pedestrian bridge on the edge of the historical center of Milano. The location really is a the treshold between very different urban contexts. Here the city change density and start loosing monumental identity. On that point the symbolic value of the architecture of a bridge becomes a great reference point for citizens, for its role on a new landscape. On one side this bridge relates to the human scale of those who daily will pass through it crossing the channel. But at the same time it is proportioned to deal with the architectural elevations of the buildings on both banks. Thus creating a medium between the vertical dimension of surrounding architecturs and the orizontality of the landscape. From the structural pointof view, it is a wooden passarel created through several ribs, suspended inside a very thin wireframe (5 cm thick on a span of 15 meters). 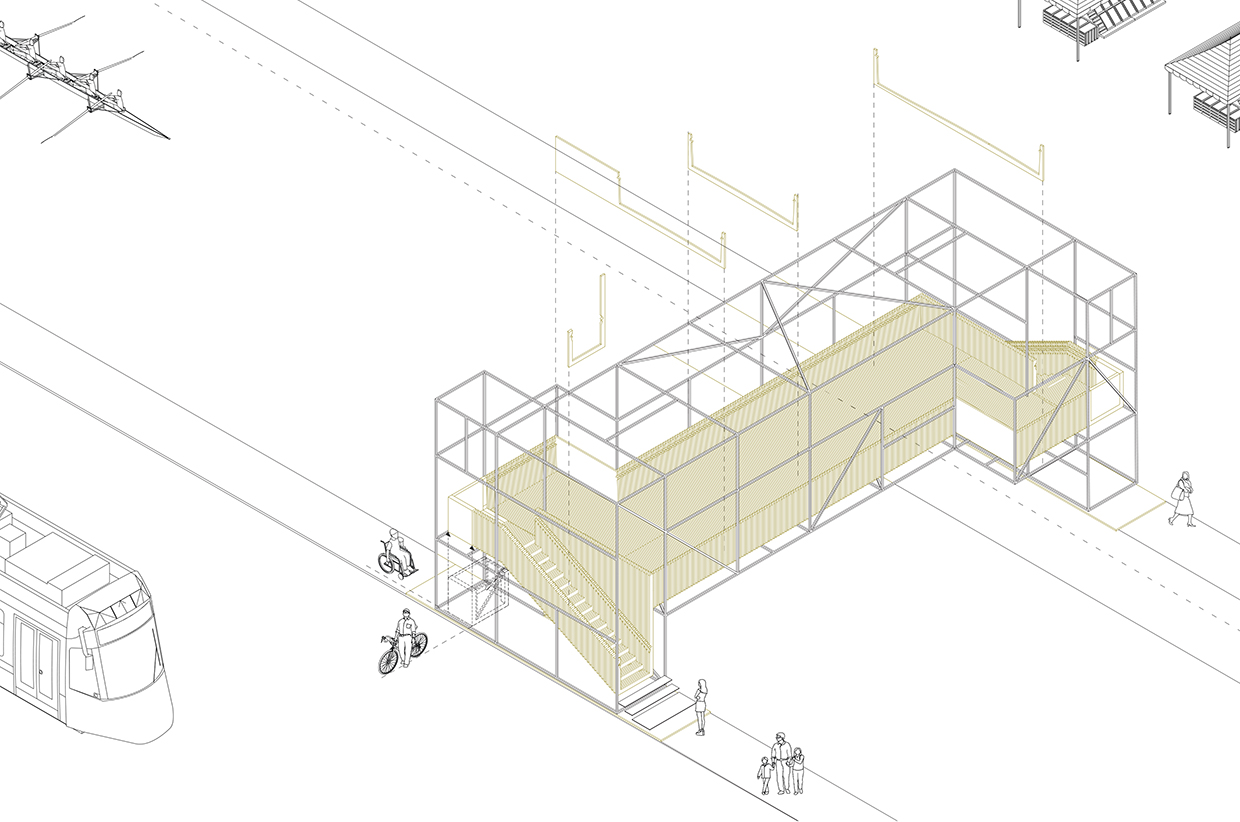 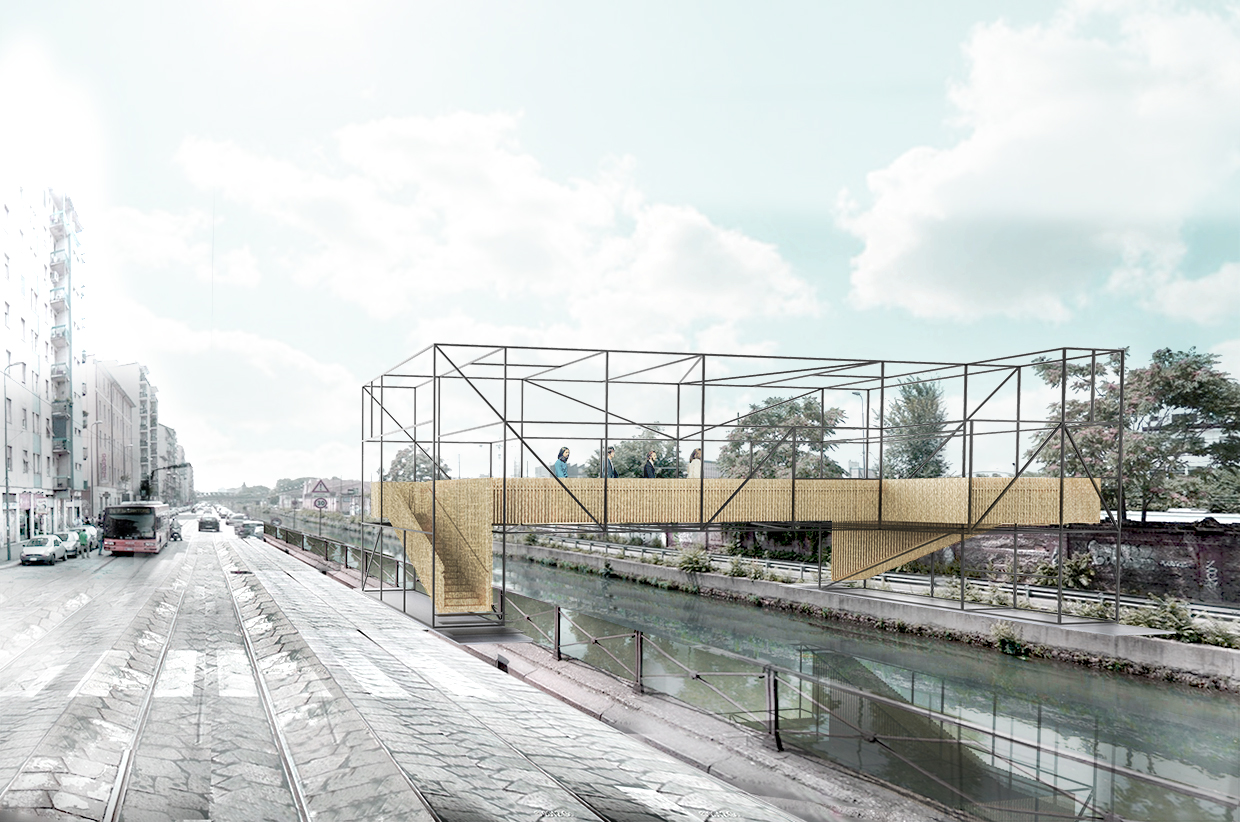 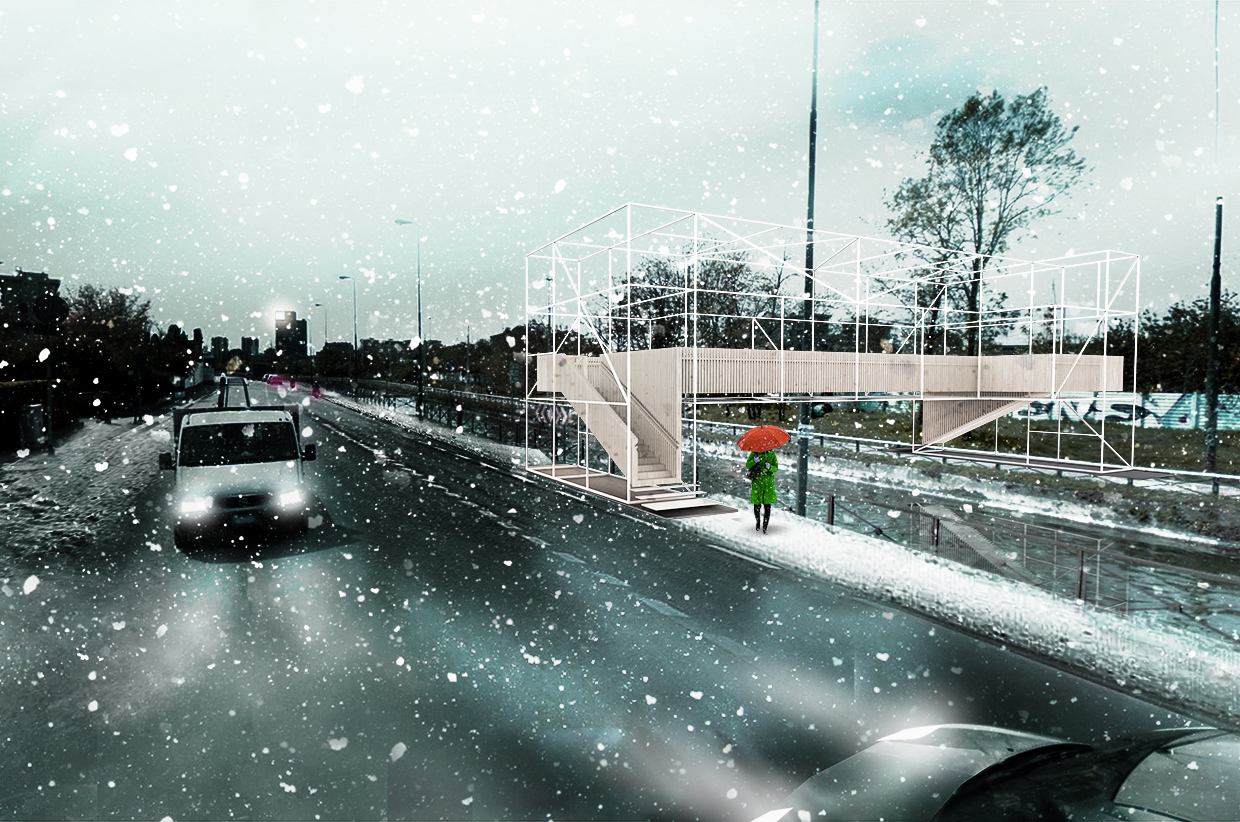 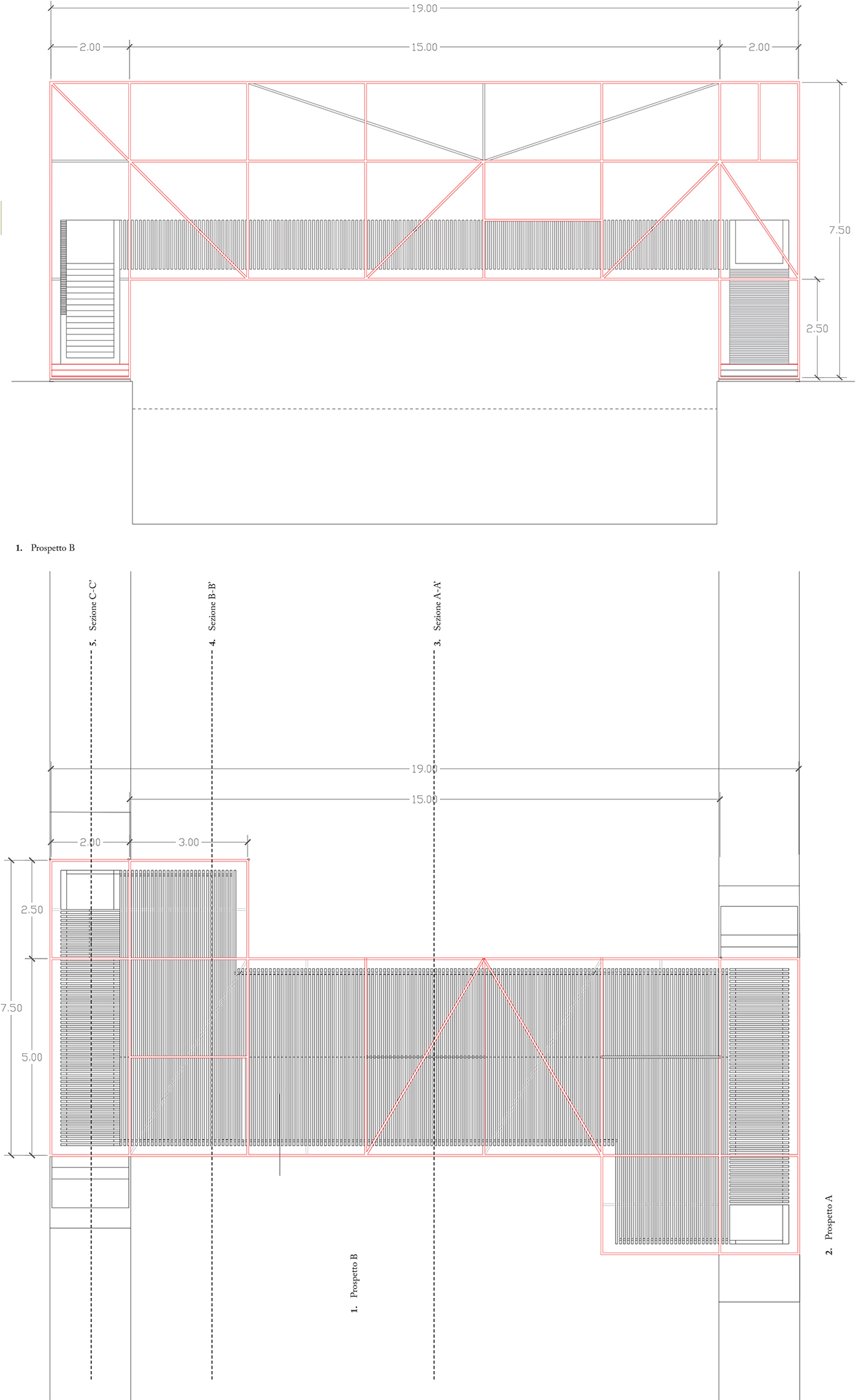