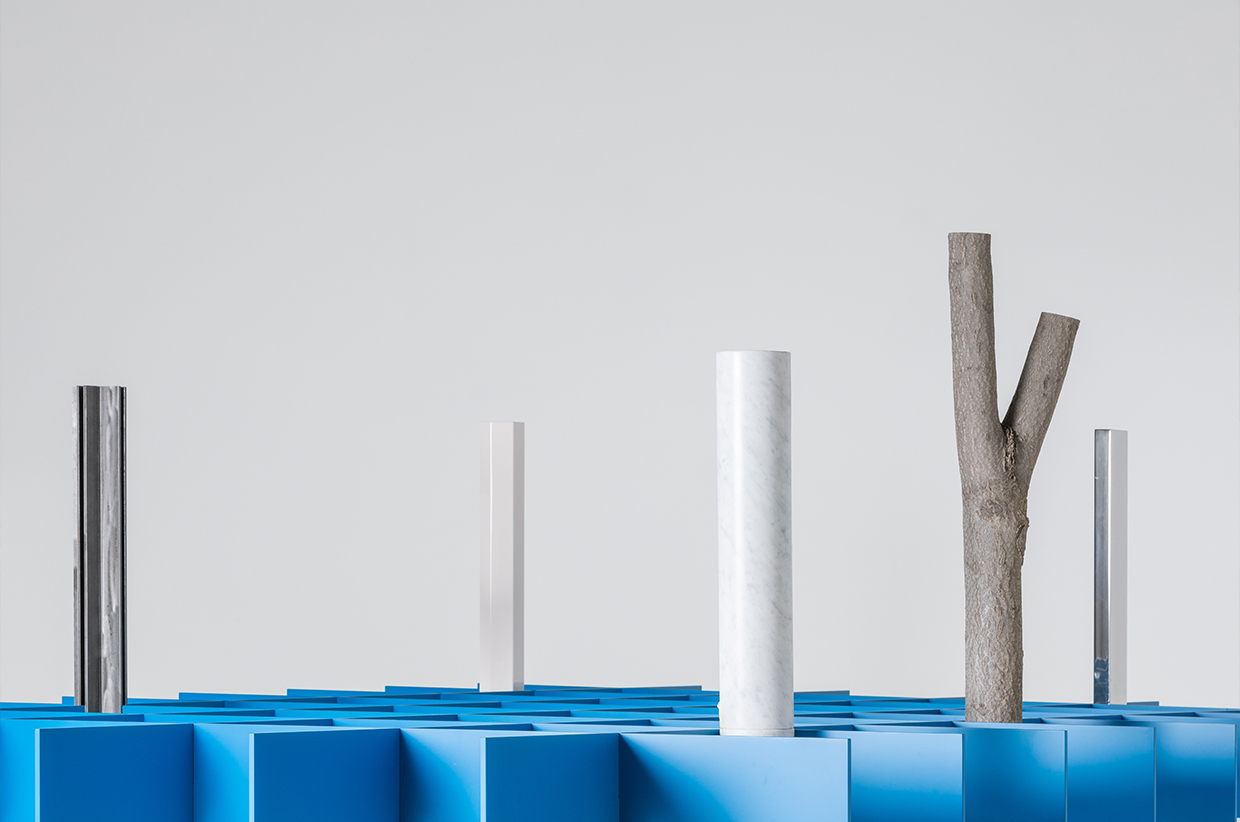 Il Cielo is a filter supported on columns. It frames a portion of sky and casts its shadow on the ground.Thus tracing a bridge between a specific place and a wider dimension of space and time. It defines a threshold around an area without physical borders, only circumscribed by the presence of a roof. The space between the multiform columns has the sacred features of a byzantine temple and at the same time the reduced scale and centrality of mediterranean domestic interiors.The roof then turns itself into a private sky whose absolute cartesian nature is able to connect any reality below it. 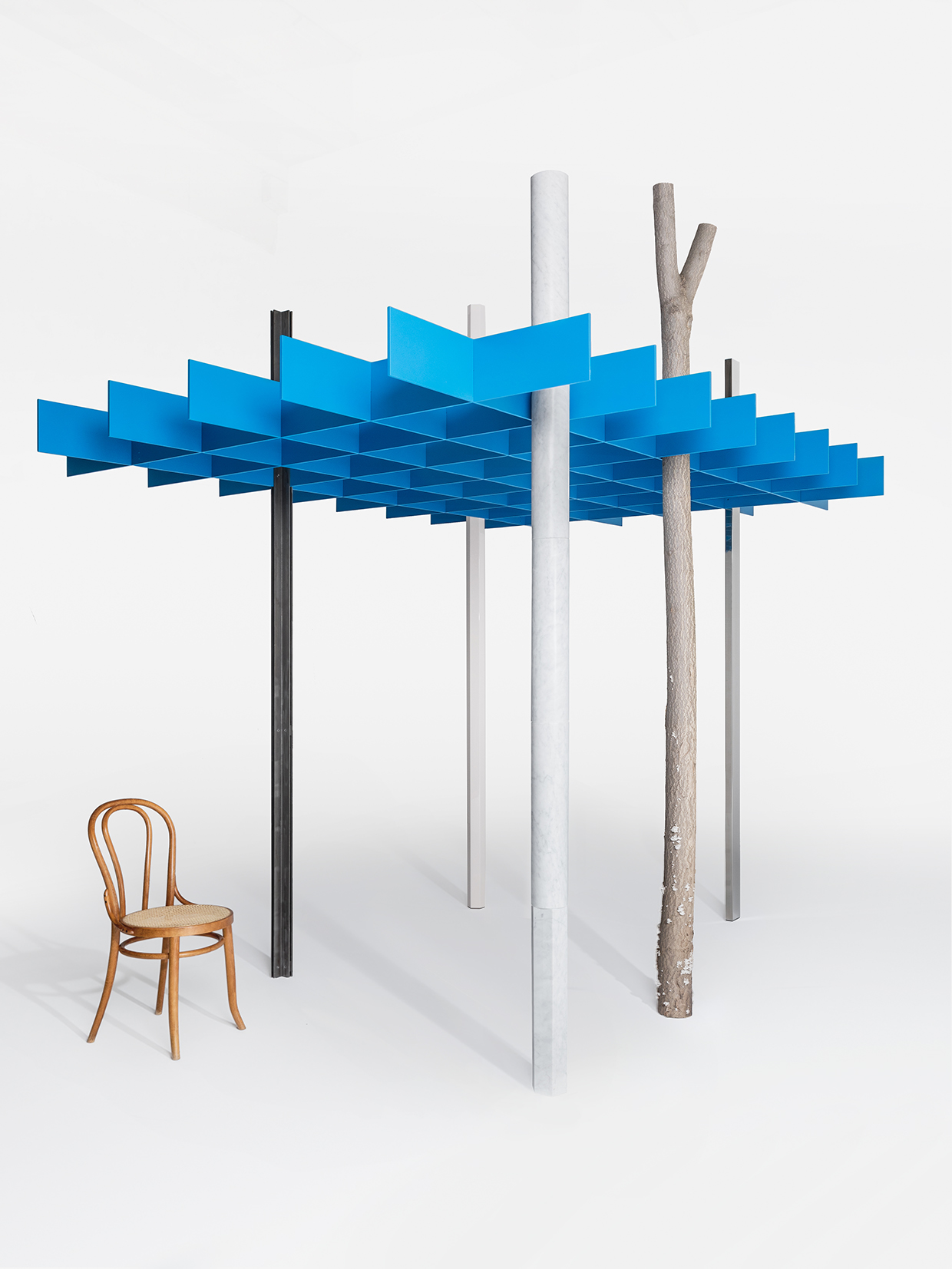 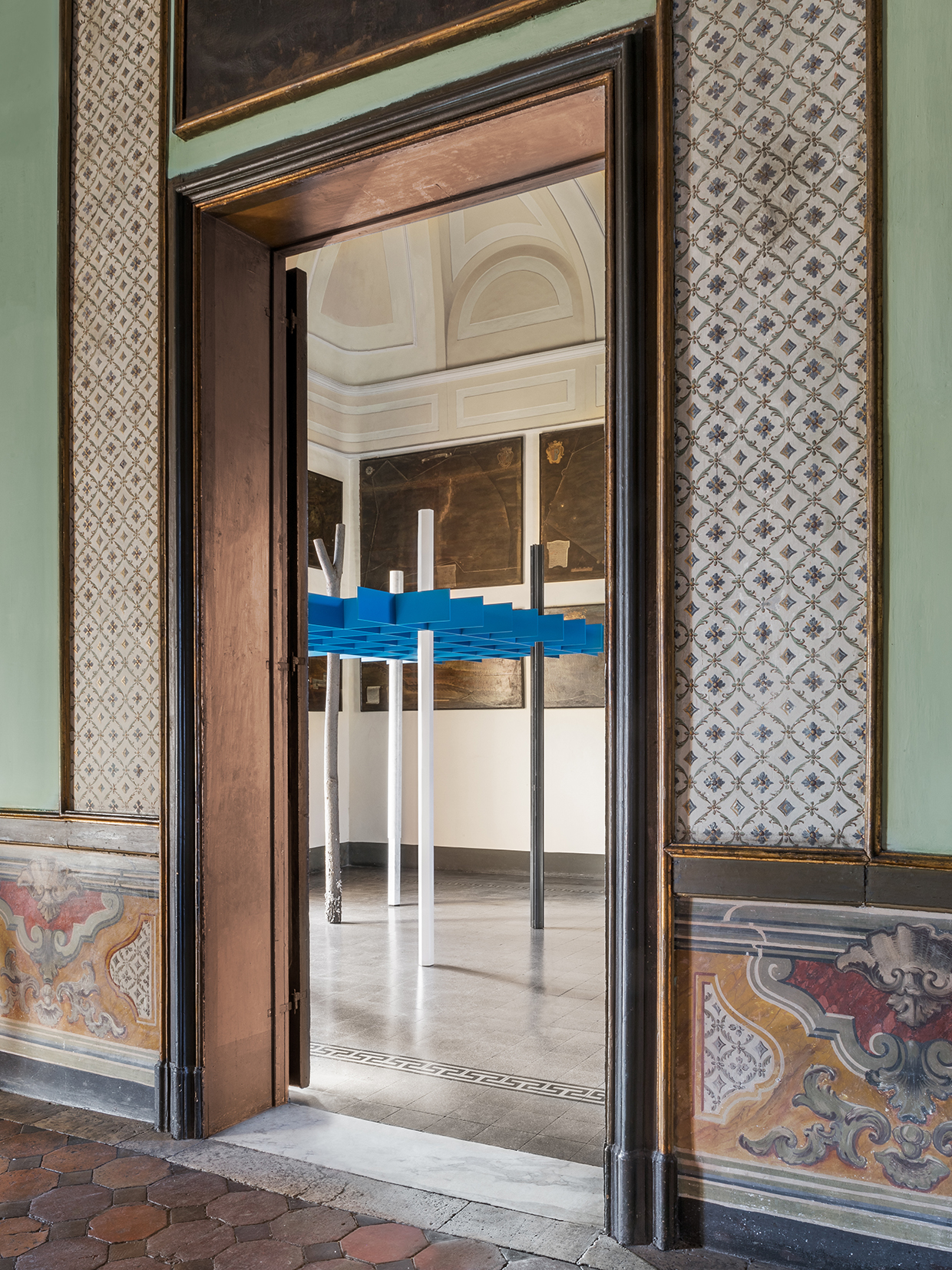 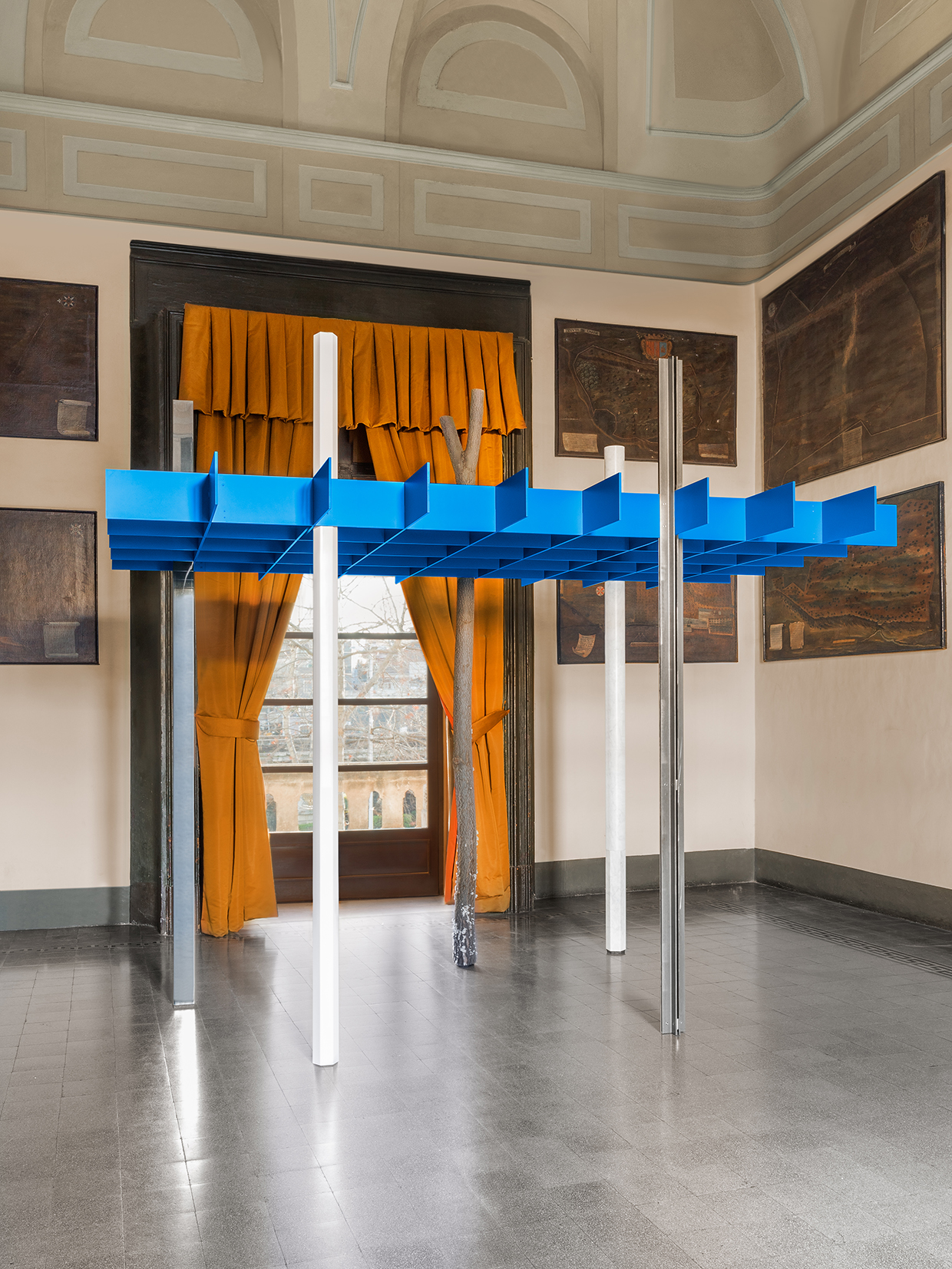 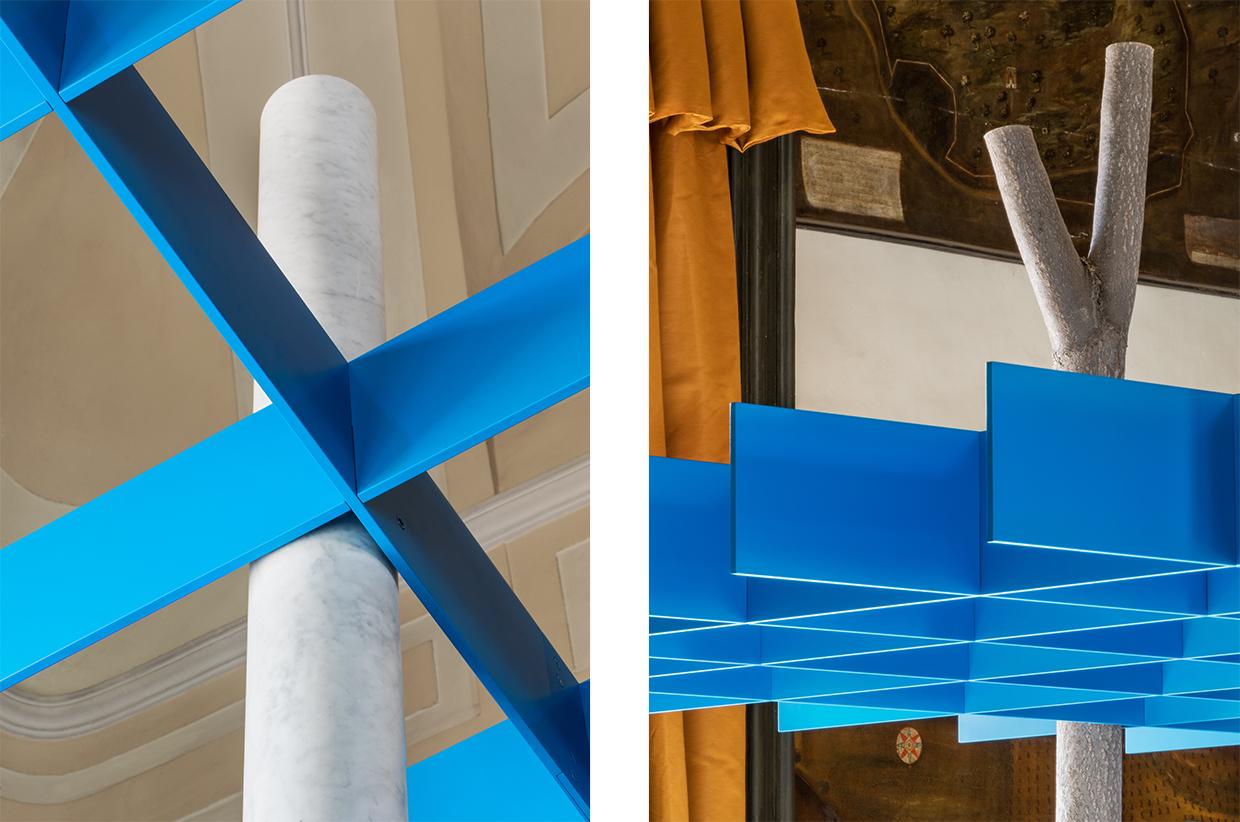